Together we raised $2000 to support GZO Peace Institute and those caught up in the crisis! Sincere thanks to everyone who donated, shared and supported our small campaign in July-August 2017. We look forward to reporting back on how the funds were distributed locally and their positive impact!

Help women in Marawi to live through the crisis

YWILPF Australia are fundraising to support GZO Peace Institute (GZO), a non-profit organization that works with youth, women, indigenous peoples and other marginalized groups towards building sustainable peace in the Philippines. At the moment, GZO is engaged in humanitarian action to support women affected by the Martial Law, declared in Mindanao on 23 May 2017. Due to the ongoing clashes in the Marawi City, an estimated number of 340,000 people have fled, most of them women and their children. They had to leave their homes, belongings and livelihoods behind. So far there have been around 360 causalities, most of which are militants but 39 evacuees have reportedly died. Issues that impact women in particular relate to maternal health and physical insecurity. We already know that one woman has given birth and then had to walk 9 hours. There have also been allegations of rape and sexualized violence in and surrounding evacuation centres. As we know, women and children are more likely to experience harassment and violence in evacuation contexts.

Why are we doing this?

YWILPF is running this campaign after one of our members, Barbara, witnessed some of the events first-hand. Barbara travelled to the Philippines in May-June 2017 for fieldwork and experienced the deterioration of security during her stay. After meeting and talking with GZO, it was concluded that immediate financial support is what is needed most to support the work of GZO.

What is the money for?

The funds raised through the campaign will go directly to GZO who has presence on the ground in the affected areas. The money will be directly transferred to GZO whose members are engaged in humanitarian action in Mindanao. They are ultimately best placed to assess what the women evacuees need most. At the moment, women and children need  basic livelihood support and relief items such as food, shawls, blankets, towels, underwear and medicines. Your support, however small or big will go a long way in supporting those who need it most in Marawi.

On 23 May 2017, Philippine President Rodrigo Duterte placed the whole region of Mindanao under the Martial Law. The decision was prompted by the escalation of armed violence and clashes in region between the state actors and the Maute group. The group member, Isnilon Hapilon, is believed to be the Islamic State’s (ISIS) leader in Southeast Asia. In May 2017, a joint operation of the Armed Forces of the Philippines and Philippine National Police was launched in Marawi City to capture Hapilon. 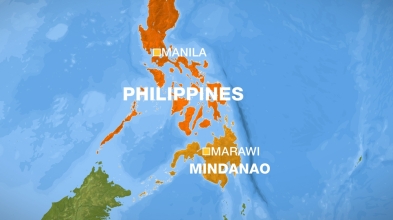 However, the imposition of the Martial Law has serious consequences for the civilian women, men and children. It has entailed the suspension of civil law which means in practice, civilians are at a severely heightened risk of armed violence. 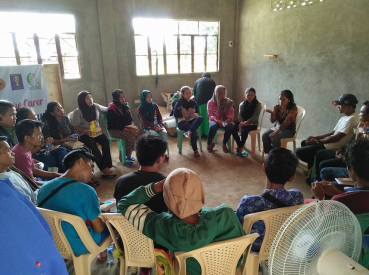 Residents of Marawi City have been forced to flee the armed fights between the Maute group and the Armed Forces of the Philippines. According to the data shared by World Health Organization in the Philippines, the number of internationally displaced persons (IDPs) already exceeded 340,00 people.

The majority of the IDPs are women and children. Karen Tanada, the Director of GZO and the National Coordinator of the Women Engage in Action on 1325 (WE Act 1325) travelled to the affected areas earlier this month. She has reported first-hand that “Very few of those who fled from the violence were able to bring more than what they could carry and what they wore on that day.”

As Karen continues to closely monitor the situation of women in Marawi, she has highlighted that “Urgent humanitarian assistance is needed for the evacuees, especially women and children who are desperately in need of relief items and basic livelihood support.” She has added that under the current circumstances, the IDP women are particularly vulnerable and at the highest risk of experiencing sexualized violence. 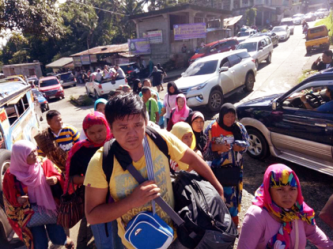 Links to other WILPF sites